Christopher Raymond is a highly acclaimed Composer, Orchestrator, Conductor, Producer and Lyricist for film/TV and theater. He has won an NAACP, 2 BroadwayWorld Awards and a Stage Raw Award.

Raymond is honored to have been Music Consultant/Vocal Producer for the 2023 feature film, The Offering (scored by Emmy and Golden Globe-Nominated film composer, Christopher Young). The soundtrack for The Offering is available on all major streaming platforms. Raymond also recently worked with Christopher Young on the hit 2022/2023 Apple+ series, Echo 3 as Vocal Conductor. Raymond composed Additional Music for the feature documentary, Breaking Bread (distributed by Cohen Media Group). Breaking Bread was released in 65 cities in the US in 2022.

Raymond co-wrote the theme song for the show, Troy (which opened at the 80,000 seat Beijing National Stadium in July, 2017). The theme song was recorded by Jackie Evancho and written by Christopher Raymond, Tyler Bates (composer for Guardians of the Galaxy) and Sebastian Cano-Besquet.

In 2020, Raymond composed the music for the Horror-Comedy podcast, The Haunting of Haunted House. The podcast is available on all major Podcast platforms. Raymond has also composed music for numerous short films.

Christopher Raymond wrote the book, music, lyrics and was Co-Producer for Scarlet Letter: The Musical (based on Nathaniel Hawthorne’s novel). Scarlet Letter had a successful workshop production at the Greenway Court Theatre (Hollywood) in 2018.

Christopher Raymond began his career as a teenager playing in the band for 13 The Musical (by Jason Robert Brown) at the Kirk Douglas Theatre (LA), Mark Taper Forum (LA), Goodspeed Opera House (Connecticut) and on BROADWAY (Bernard Jacobs Theatre, NYC). Raymond studied Musical Arts at CalArts (which was founded by Walt Disney). 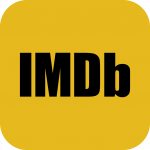